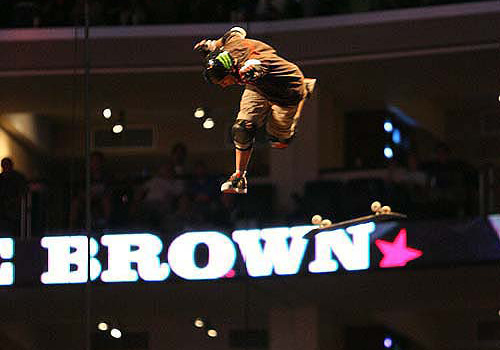 Someone made a comment on the blog recently that I wanted to respond to. The post was I Hate You Dudley & Bob. The criticism of my song I don’t have issue with. Honestly, the song contest was months ago and I’ve moved on. What struck me was the bit at the end:

“When you expect great things from people you will almost always be let down … when you expect nothing … you may be greatly surprised.”

This isn’t the first time someone has said that. I think we’ve all heard it before. I get it, we’ve all heard similar mantras, such as : “Hope for the best, expect the worst, accept whatever is in-between.” We’ve all been disappointed by others: people in our lives; strangers we meet; those we work with. But that does not mean we should just give up. It’s not about expectations, it’s about what we are willing to accept from this life and those that surround us. And no one should ever settle for “less-than.”

There is a basic human need to strive for more. I suppose this is why sports are so popular. It’s because we all respect the search for excellence, and bow to those that achieve it. We all want to believe that the human condition can achieve so much more; and when someone does, we all cheer. It doesn’t matter if it’s the Olympics, the Super Bowl, NBA Finals, or the World Cup.

Now the X Games brings us a whole new level of daredevil-like achievement every year. Creativity meets athleticism in a way that we never dreamed possible before. Competition compels those in their fields to take things to ever higher levels. Sometimes to dangerous consequences—but always with the best intentions—they show us what is humanly possible. In 2007, skateboarder Jake Brown fell over 40 feet during the Big Air competition on the giant mega ramp. Not only did he come back to compete the following year, he won the gold medal the next two subsequent years in a row. He almost won a third consecutive gold medal this year, but lost to a great rival, Bob Burnquist. Thus the competition brought the entire field to higher levels yet again.

If Jake Brown can face the Big Air ramp again after a broken wrist, cracked vertebra and a bruised lung—I think I can find a way stop procrastinating. I think I can finish that novel and stop whining and making excuses. And if the book turns out awful and my blog gets nothing but negative comments, I’ll still relish the chance to live another day and try again.

We should not expect less, or expect nothing from each other like some people think. We should expect more. One should demand the most from oneself, and not accept any less from anyone else. And disappointment in our fellow man does not mean we should simply give up.  So when someone out there disappoints us with their behavior, we just keep going. Because the best way to make change is living by example. So yes, we are a society that expects that if we work hard we should achieve something, get something. And we might not always get what we want. But we will keep trying. Anything less makes life just a waiting room.

It’s time to see the potential, see beyond just this moment. See what can be.

3 thoughts on “It Doesn’t Have To Be That Way”