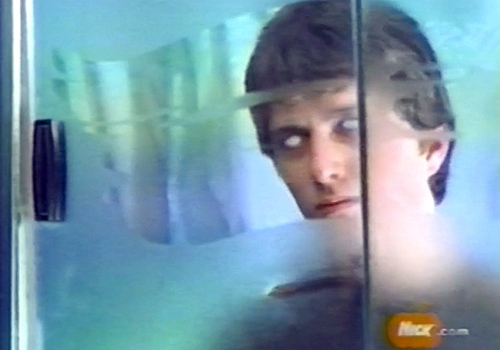 Yesterday I wrote about the made-for-cable movie Cry Baby Lane. Aired only once by Nickelodeon in late October of 2000, it received enough calls from parents complaining about its content that the movie was shelved indefinitely. It was considered to be a lost film. Now 11 years later, through the power of the Internet, the movie has resurfaced. For science, I watched the movie in an attempt to discern why it might have been banned in the first place.

After yesterday’s post, some readers have mentioned that the tone of this movie does not seem any darker than the 1990s Nickelodeon show Are You Afraid of the Dark. They are probably right; however, I don’t think that creepiness was a major factor of why parents complained. I contend that it was the subversive elements of the story itself that disturbed parents. 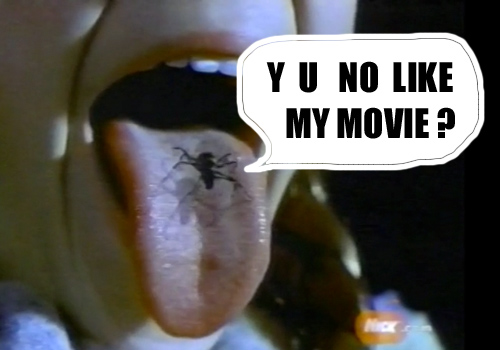 From a parental authority perspective, there are many examples here that might give parents pause. This was not a golden example of a family unit. The mother was depicted as overprotective. The father even said to her, in front of the children, “You’re hovering.” A later scene when she yelled at the caretaker almost made her look hysterical. The father seemed aloof and uncaring. When the mother realizes that the boys are missing from the house at night, she shouts at the father, “They’re gone!” He simply looks up from the TV and says, “And …?” The older brother is often demeaning to his younger brother. They fight and wrestle, and not in that cute Nickelodeon play-fighting way. A rogue band of young girls goes on a destructive tear about town causing vandalism and general mayhem. Alarmingly, while bike riding, the boys play chicken with an oncoming train.

For most parents, the clincher had to be the scene when the father tried to explain to the mother that it should be okay for young boys to sneak out of the house at night:

“Look, Anne, you only had sisters. Boys are different, they need to explore. I think it’s healthy. I mean, if there was some boogeyman out there … but what’s gonna happen, they get muddy? Yeah, I could drive all night long, never find them, maybe fall asleep behind the wheel. But what kind of message would that send? What are we really saying here?”

What boys hear: Sneaking out of the house is okay! Do it! You won’t get in trouble!
What moms do: “Hello, Nickelodeon, I’d like to talk to you about the movie you’re showing right now …”

Let me make it clear, I do not believe there was a “message” to this movie. I think the director simply wanted to make something creepy that would be fun for kids on Halloween. And for that it succeeded. Unfortunately, it did not meet the expectations of many parents. It simply didn’t fit into the glossy sheen of the Nickelodeon brand. Parents all hopped up on family values during a major election year powered up the Great Babysitter on a Saturday night, and heard with dismay as one of the characters told their children that it’s all right to sneak out of the house at night. And I bet calling the mom “hovering” didn’t help matters much, either.

Thus unfortunately, we come to a disappointing end to our little Internet mystery.

One thought on “The Mysterious Legend of “Cry Baby Lane,” Part II”