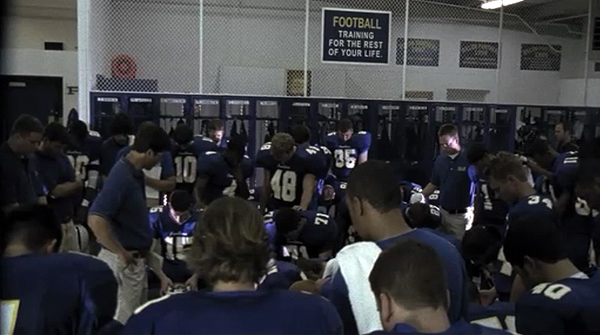 By now most people know the story of Heather Armstrong, who lost her job as a web and graphic designer due to subject matter she posted on her personal blog. That subject matter, unfortunately for her, was specific details about her workplace. Being one of the first workers fired for blogging, she became famous for sparking a debate about online privacy. However, Armstrong turned the situation into a win, by growing her blog into the booming business that is dooce.com. Yet many others aren’t so lucky. Every day, we see more and more examples of people getting themselves into trouble with blogging and social networking.

Examples of bad overshares are abundant in our online world. Kevin Colvin, an intern at the North American division of Anglo Irish Bank, told his boss he needed a day off due to a family emergency. This was a few years ago, around October 31st. Not much later, his boss found a picture of him at a Halloween party on the day of said “family emergency.” Colvin was in a fairy costume, holding a can of beer. Busted. The boss then attached the photo to an email reply, and carbon copied the entire office. Sorry, Mr. Colvin, Tinkerbell can’t help you now.

Conner Riley, 22, tweeted about a job offer she received from Cisco. “Cisco just offered me a job! Now I have to weigh the utility of a fatty paycheck against the daily commute to San Jose and hating the work.” Being obviously tech savvy, Cisco management found out about the tweet, and let’s just say they weren’t thrilled. She didn’t get the job. Internet geeks had a field day at Riley’s expense, and she was thus labelled the “Cisco Fatty.” Regarding this, writer Helen Popkin gave out sage advice on her post on Technotica (MSNBC):

“Cisco Fatty and all those who came before, and those who will inevitably come after, are breaking the cardinal rule of the Internet: Never post anything you wouldn’t say to your mom, boss and significant other.”

It was bad enough that we could get ourselves into trouble, now we have to worry about how our posts and status updates can affect the whole family. Even high school football isn’t safe. The Perry County Vikings in Tennessee had to forfeit their first three wins of the season because of something one mother posted on Facebook. She inadvertently caused trouble for the team with her status update: “How can two boys mess up their room as badly as they do when they’re only here on Saturday and Sunday?” Apparently, her sons only live with her two days a week, living with another family member outside the county the rest of the time. Subsequently, her sons were found ineligible to play. Now they’re out for the rest of the season. The oldest brother, who is a senior, will never play for the team again. “Thanks, mom.”

In this “Six Degrees of Kevin Bacon” kind of online connectedness, there are too many ways to get into trouble. And now even those around us aren’t safe from our online shenanigans. Things are definitely getting way out of hand. But maybe this is a good thing? Think about it, this is better than church when it comes to changing people’s behavior for the better. Maybe we won’t need religion in the future. All bow and pray to the holy Facebook. Someday when we do a confession, instead of having us do Our Fathers and Hail Marys as penance, the minister will say, “Do five Twitter and three Facebook status updates. And two blog posts about forgiveness. You may go in peace.”