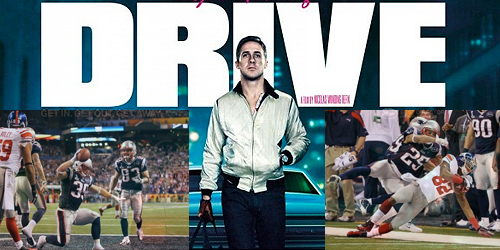 It was that time of year again. You didn’t want to be left out, so you broke out the chips, got a beer, and parked it in front of the TV. You’ve were told this was going to be the nature of competition at its best, but instead you were assailed by America’s free market capitalism on steroids. Even the commercials were made to compete, in a knife-edge death match where only one could survive. Each tried to outdo the next with enough glitz and pop to make your teeth rot just looking at them. The network itself—not wanting to let this golden opportunity go to waste–competed on its own macro level, constantly reminding you of its featured show playing after the game. But you were smart, at least you didn’t start at noon to catch all of the pre-game hoopla. Because almost four-and-a-half hours of this mind-numbing monstrosity is enough. . .right?

So you watched as the American push-push/sell-sell hype machine flooded the airwaves. You were reminded of that scene from The Breakfast Club:

“Andrew, you’ve got to be number one! I won’t tolerate any losers in this family. Your intensity is for sh*t. Win! Win! Win!”

And you were still waiting for the game to begin. But just when you were about to turn it all off and get away, and go do something meaningful with your time–like say, read a book, or actually talk to someone—the players took to the field. Finally, you were reminded why you came here in the first place: competition—our common desire to see prime examples of human excellence, strength, and grace under pressure.

You finally found your requisite drama, as each half ended in perfect nail-biting fashion. After being dominated by the Giants for most of the first half, Tom Brady led the Patriots down a 96-yard drive that not only tied the record for the  longest drive in Super Bowl history, it also gave them a 10-9 lead. Brady achieved this while strategically using up all of the time left on the clock ending the half. Eli Manning and the Giants answered by ending the game with an equally dramatic drive. Momentum shifted as Manning threw a 38-yard pass to Mario Manningham, who barely made the catch before falling out of bounds. The Giants went on to score a touchdown with one minute left, taking the lead  21-17. The Patriots wouldn’t go down without a fight, but they simply didn’t have enough time left on the clock to bring their efforts to fruition.

And so the Giants, the underdogs of the day, pushed on to victory. It was almost like a Hollywood story. As the cheers of the celebration rung out and the MVP trophy was awarded, you breathed a sigh of relief. You enjoyed this brief respite from the constant struggle of the day. But then—wait, what’s this—The Voice is starting? And yet another competition begins. Let the cycle continue, let the fight begin again.

So is the nature of the American experience. Always competing—that’s what we do. In regards to social situations, people always say life is like high school over and over again. But regarding business, I say life is like the Homecoming game again and again. It’s always third down and long yardage, as you get incessantly higher goals and need to keep proving yourself at work. Just like in football, you constantly have to struggle to convert and keep your drive going.

The Powers That Be just make it worse, when a politician like Mitt Romney says that he believes the 99% are simply jealous of the 1%. These rich men can sleep at night because they feel they have, in essence, won the competition. These same rich men say the poor should just “pull themselves up by their bootstraps.” As if the poor should simply compete harder.

As if it’s that easy.

And yet we have to try. We rationalize our competitive nature by telling ourselves that life is just a game. But with this constant struggle, sometimes we want the game to really be just a game. So we let our modern day gladiators battle in our place, if just for a day. And in doing so, they provide us with a welcome reminder of what excellence humans can achieve when they try.